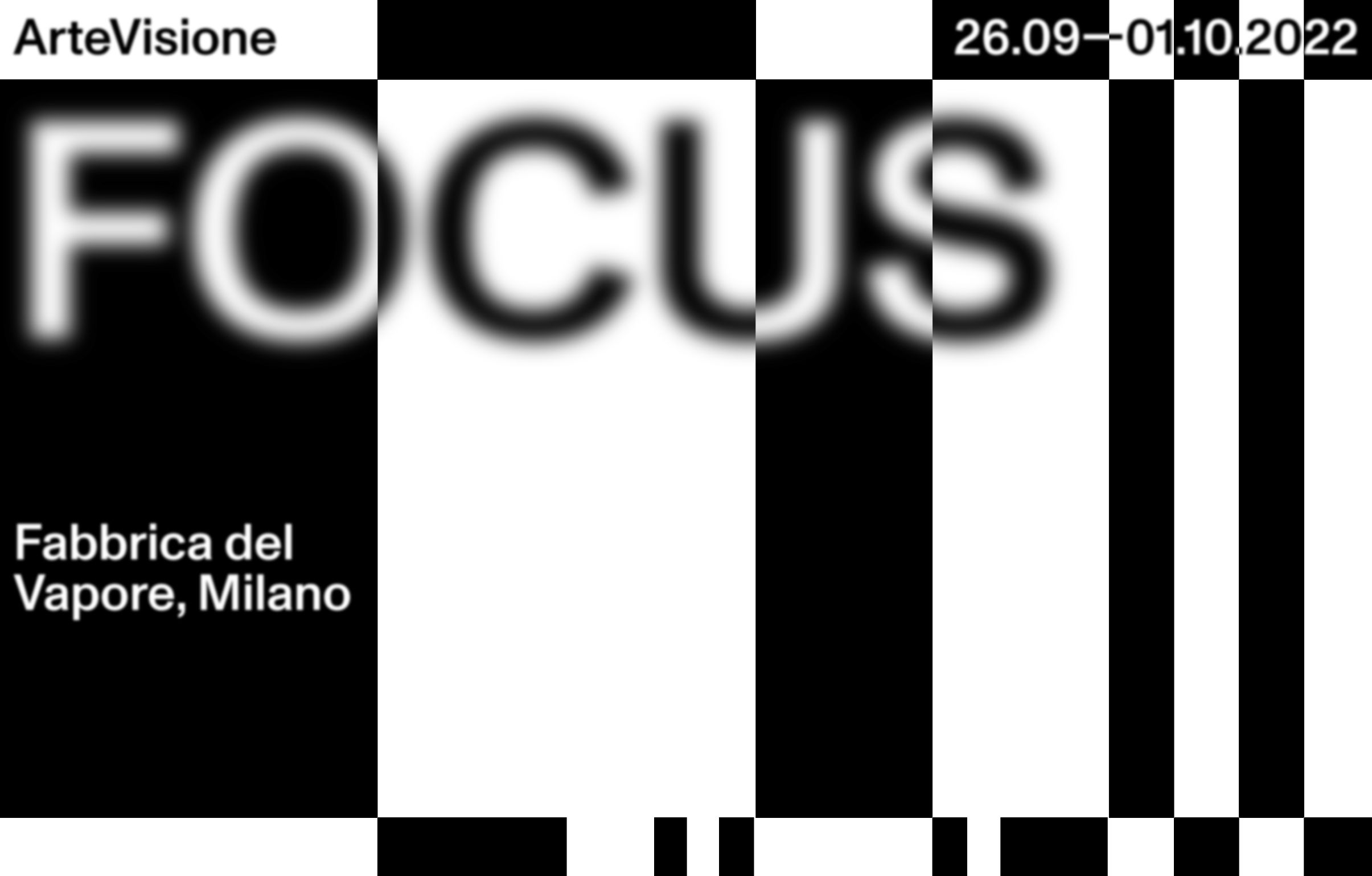 To celebrate its 35th anniversary, Careof presents ArteVisione Focus, two days of in-depth discussions on the moving image between visual arts and cinema, at Fabbrica del Vapore in Milan.

Disseminated through a national call, it collects video projects by artists under 40 from Italy or residing in Italy, unpublished or in the early stages of production, of any genre or theme.
To 6 selected finalists it offers a workshop with audiovisual professionals, visiting professors of the caliber of Hito Steyerl (2022), Gianluca and Massimiliano de Serio (2020), Barbara Wagner & Benjamin de Burca (2019), Jordi Colomer (2018), Omer Fast (2017), Adrian Paci (2016), and internationally renowned curators. The winner, identified among them by a jury of experts, receives an award for production, support, and mentorship. The completed work is subsequently supported through circulation at partner museums, art spaces, and festivals.

ArteVisione Focus expands the boundaries of the project and simultaneously narrows its scope.

On Friday, Sept. 30th and Saturday, Oct. 1st, 2022, at Fabbrica del Vapore in Milan, Careof is organizing a two-day conference open to the public with international professionals and presenting the work of Hito Steyerl through a talk and a screening of a selection of her works.

After the pandemic and in light of the period we are currently living, AV Focus attempts to redefine the role, the potential and the value - symbolic more than economic - of our work as professionals who use and investigate a media that is now the subject and object of the main idiosyncrasies of contemporary people.

The method is that of exchange, openness and horizontal dialogue between speakers, AV22 finalists and the public. The preferred mode is in-person. Bodies, individualities, become collective magma. Speakers working between film and the visual arts as programmers, researchers, film-makers, producers, festival directors, curators and academics are brought together to discuss the current situation and modes of production, exhibition but also education and development related to the moving image.

This year's Visiting Professor and special guest of ArteVisione Focus is artist Hito Steyerl, who will take part in a talk and screening on Sept. 30th at 9:30 p.m. at Cinema Anteo.

Always engaged as an artist and theorist in the analysis and use of moving image in its various formats and implications, in November (2004) and Lovely Andrea (2007), Steyerl offers a reflection, at times ironic, at times biting, on the creation and circulation of images in the revolutionary uprisings and the bondage industry in Japan.

The works offer a polyphony of elements that leave the viewer astonished: who is coerced? Who is maneuvered? What is the role of images and what is the possibility of action in a globalized world in constant technological evolution?

ArteVisione Focus is developed within the Vapore d’Estate program in close contact with the exhibition You Will Find Me If You Want Me In The Garden, which since July has transformed the Cathedral spaces of Fabbrica del Vapore into a context of hybridization between plant, human, and artificial bodies. The exhibition will become the main hosting platform for the panels.

AV Focus gives voice to the story that Careof has been writing since 1987: the discovery and promotion of young artists, the production and exhibition, and the inclusion of their works within the Video Archive, invested by the Ministry of Culture of National Historical Interest status and now counting more than 9,000 titles at the public's disposal.